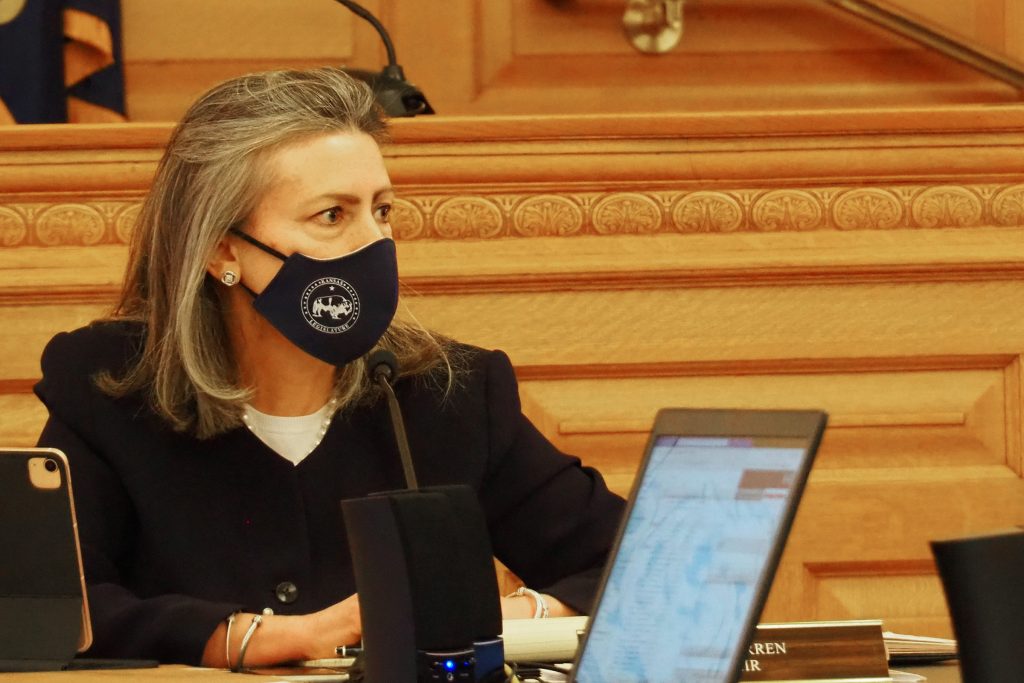 TOPEKA — It is an “unconscionable” thought that victims of sexual assault resulting in the conception of a child may have to co-parent alongside the perpetrator, advocates say.

A proposal in the Senate would create a process to terminate the parental rights of a person whose sexual assault results in the birth of a child. The measure provides civil avenues to end these rights without opening the door to a custody case.

In order to terminate parental rights, there must be a finding of clear and convincing evidence the act was committed, a child was conceived, and the decision is in the child’s best interest. The burden of proof is above the usual standard used in civil proceedings but does not require a criminal conviction.

“We do not want to leave victims to live out their lives with constant fear and intimidation by the person who assaulted them,” said Sarah Rust-Martin, legal and policy director for the Kansas Coalition against Sexual and Domestic Violence. “Also, it is really important to recognize the trauma that this can have on the part of a child as well.”

Two proponents and one neutral testifier spoke Thursday before the Senate Judiciary Committee, chaired by Rep. Kellie Warren, R-Leawood, on the proposed legislation. There were no opponents for the bill, which the Senate passed unanimously last year.

Under current Kansas law, there is no protection for victims in this circumstance. If passed, the measure would bring Kansas in line with 44 other states that have addressed the issue. Twenty-five of those states allow termination of parental rights under these circumstances.

Rust-Martin said concerns over pregnancy following rape were common among victims receiving services at the 26 advocacy programs working with KCSDV. She said they frequently have people come in seeking guidance and counseling on options once they realize they are pregnant.

Stakeholders have been discussing and brainstorming solutions to this issue since 2017, said Gillian Chadwick, of the Kansas Judicial Council. In response to concerns voiced by Sen. Mike Thompson, R-Shawnee, that a burden of clear and convincing evidence may not be high enough to ensure an innocent person is not punished, Chadwick said requiring a conviction would be a “miscarriage of justice.”

“The adage that we let 10 guilty people go free for every innocent person incarcerated is really something to consider here,” Chadwick said. “There are guilty people who go free in the criminal justice system, and that’s by design. In the family law system, we need a different approach that’s more tailored to be about finding the facts and not about protecting the rights of the defendant at a higher standard.”

Sen. David Haley, D-Kansas City, supported the bill’s intention but expressed concern over a provision that allows termination proceedings at any time while the child is a minor. He questioned if this would result in false accusations as parental relationships sour.

Haley suggested amending the timeframe to allow for termination to begin from conception until birth.

Lyon County District Judge Merlin Wheeler, representing the Kansas District Judges Association, said this longer statute of limitations on starting termination proceedings could have unintended consequences. Wheeler did not take a stance for or against the bill but said the current timeframe could harm a child’s well-being and that evidence may sour the longer it takes to get proceedings going.

“I can’t think of anything more difficult to deal with in a case of this type as a victim who has a valid case but for some reason has difficulty presenting that case because people have disappeared, memories have faded or other evidence has been lost,” Wheeler said.

Wheeler said the Kansas District Judges Association was in communication with proponents to address some of these concerns. He asked that the committee delay final action on the bill until they can form collaborative amendments.

KANSAS CITY, Mo. — The environment, children and smoking are issues Vari Patel and three other teens from the Kansas City metro felt needed attention so people can live healthier lives. "And when … END_OF_DOCUMENT_TOKEN_TO_BE_REPLACED

KANSAS CITY, Mo. — Kansas City, Missouri, Mayor Quinton Lucas confirmed Monday not only that he’d been married earlier this month — but that he and his wife welcomed a baby boy, too. In a post to … END_OF_DOCUMENT_TOKEN_TO_BE_REPLACED

KANSAS CITY, Mo. — Kansas City, Missouri, leaders once again will look into renaming city streets in honor of Dr. Martin Luther King Jr. The city's Board of Parks and Recreation Commissioners will … END_OF_DOCUMENT_TOKEN_TO_BE_REPLACED