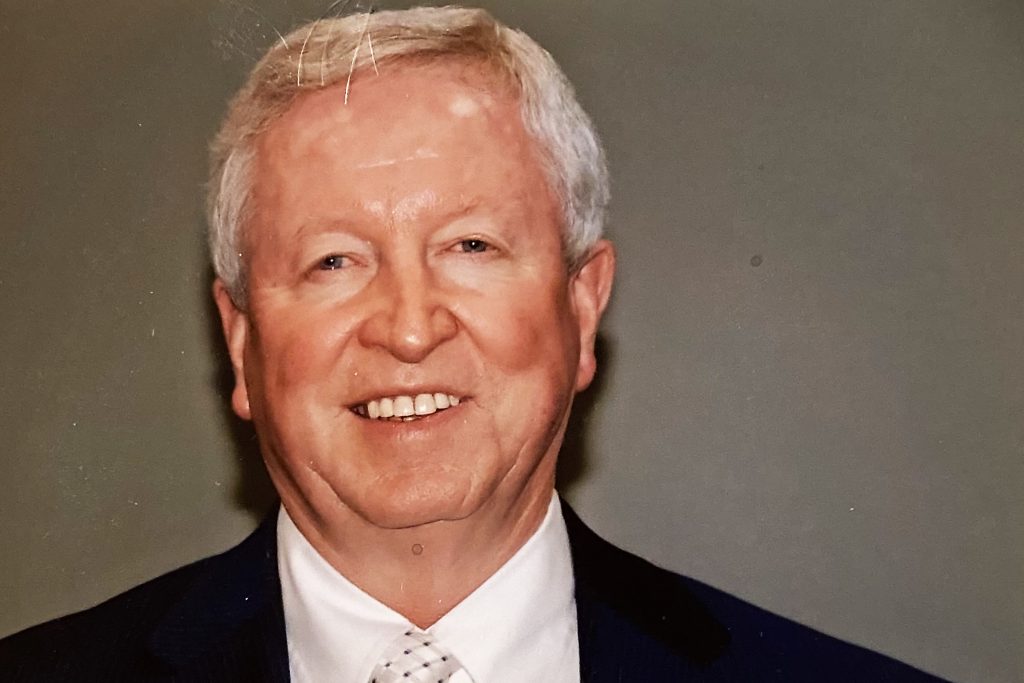 Kansas might be frozen, but it’s not yet a cold enough day in tax-cut hell for some Republicans to repent.

Last Tuesday, as temperatures outside fell to cattle-threatening single digits, a majority of Republicans in the Kansas Senate barreled toward sanity-threatening triple digits, passing a package of tax cuts that could cost the state $600 million. On Thursday, they rang up another $10 million by deciding to spend public money to help more kids go to private religious schools.

Certain lawmakers, apparently having sold their souls to the Kansas Chamber, are hellbent on plunging us back into the misery of the Brownback years, which weren’t that long ago.

Some of us remember.

“When you have to take away from schools, highways, social services and all the other services the state provides in order to give tax cuts to major corporations that don’t pay any federal income tax,” Steve Morris said, “that’s not very good public policy in my view.”

For those of you who are new, Morris is a Republican who served in the Kansas Senate for 20 years. He was Senate president when then-Gov. Sam Brownback began experimenting on us. Morris’ tenure ended in 2013 after the Kansas Chamber, displeased with his resistance to tax-cutting pressure, bankrolled a primary challenger.

Morris must have a high tolerance for pain, because he’s now co-chairing Gov. Laura Kelly’s Council on Tax Reform. That group of people is working hard to recommend a path forward that doesn’t involve the insanity of repeating the same mistakes and expecting different results.

With temperatures in Topeka set to rise above freezing by Friday, it’s tempting to insert a reminder that there’s a long way to go until the end of this legislative session and that Kelly can still veto the insanity.

“I tend to be more optimistic than pessimistic, so I would hope that over time people would see the benefits of good public policy,” Morris told me over the phone from his home in Hugoton.

“It’s not exactly the same bill, but it’s the same concept as what Gov. Brownback did in 2012,” Morris said of last week’s Senate tax bill. “And with a $600 million fiscal note, that’s liable to be very damaging to the state’s economy if it actually gets passed by both houses.”

Because we’re in hell, we must now pause for a brief definition of the term “marketplace facilitator,” which all Kansans need to understand if we care about the state’s finances. “A marketplace facilitator,” according to the tax reform council, “is a person who facilitates sales by an internet retailer through a physical or electronic marketplace.” Exhibit A: Amazon. When you go onto Amazon and buy something from a third party out of state, that third party doesn’t have to charge sales tax. Kansas is one of only three states doing business this way.

Closing this loophole, along with taxing streaming services like Hulu, would bring in almost $100 million in the next two fiscal years, which is how the governor planned to pay for some income tax relief for all Kansans.

“I’m convinced the only reason they voted against it is because it’s the governor’s idea,” he said.

He figured the Kansas Chamber opposed that third-party facilitator idea.

“They’re supposed to be representing the people in business across the state, and it’s counterproductive to those people,” he said.

“It’s been a fairness issue for years,” he said of the marketplace facilitator loophole.

“People from out of state selling to people in state don’t have to charge sales tax, but somebody buying the same item downtown in small-town Kansas, they have to pay that,” he said. “Not just small towns. Larger towns, too.”

I reminded him that it was his political party making this policy. I heard a short burst of what might have been a combination of irony and agony.

“I’m wondering why it’s still my party,” Morris said. “I think my party might have left me.”

He’s not the only one who feels that way. That morning, he’d read a news story about thousands of Republicans leaving the party.

“I felt like in 2016 that we took some major steps forward with the people who were elected in both Kansas House and Senate,” he said, “but a number of those people were defeated this last election. So I’m really disappointed in the direction that the party’s gone. We took several steps backwards.”

At this point, it’s beginning to feel as if Kansas might be beyond saving. Besides having a Senate full of Republicans whose brains must be frozen in 2012, Brownback isn’t just haunting us from afar — he’s back incarnate.

But springtime will surely arrive. Won’t it?

In a since-deleted tweet responding to a question about a potential contract extension for Kansas City Chiefs safety Tyrann Mathieu, Mathieu tweeted that he's "probably not" going to get a new deal in … END_OF_DOCUMENT_TOKEN_TO_BE_REPLACED

KANSAS CITY, Mo. — A manhole left uncovered is the source of concern after a woman damaged her car in Kansas City. The single-car crash happened at 11th Street and Tracy Avenue during the busy … END_OF_DOCUMENT_TOKEN_TO_BE_REPLACED

Kansas City, Missouri's COVID-19 emergency order was set to expire at the end of the month. But Mayor Quinton Lucas made it clear Friday that private businesses can still set their own rules.Any … END_OF_DOCUMENT_TOKEN_TO_BE_REPLACED

KANSAS CITY, MO (KCTV/AP) — All restrictions meant to slow the spread of the coronavirus were being rescinded as of midday Friday in Kansas City, Missouri, following guidance from the U.S. Centers for … END_OF_DOCUMENT_TOKEN_TO_BE_REPLACED