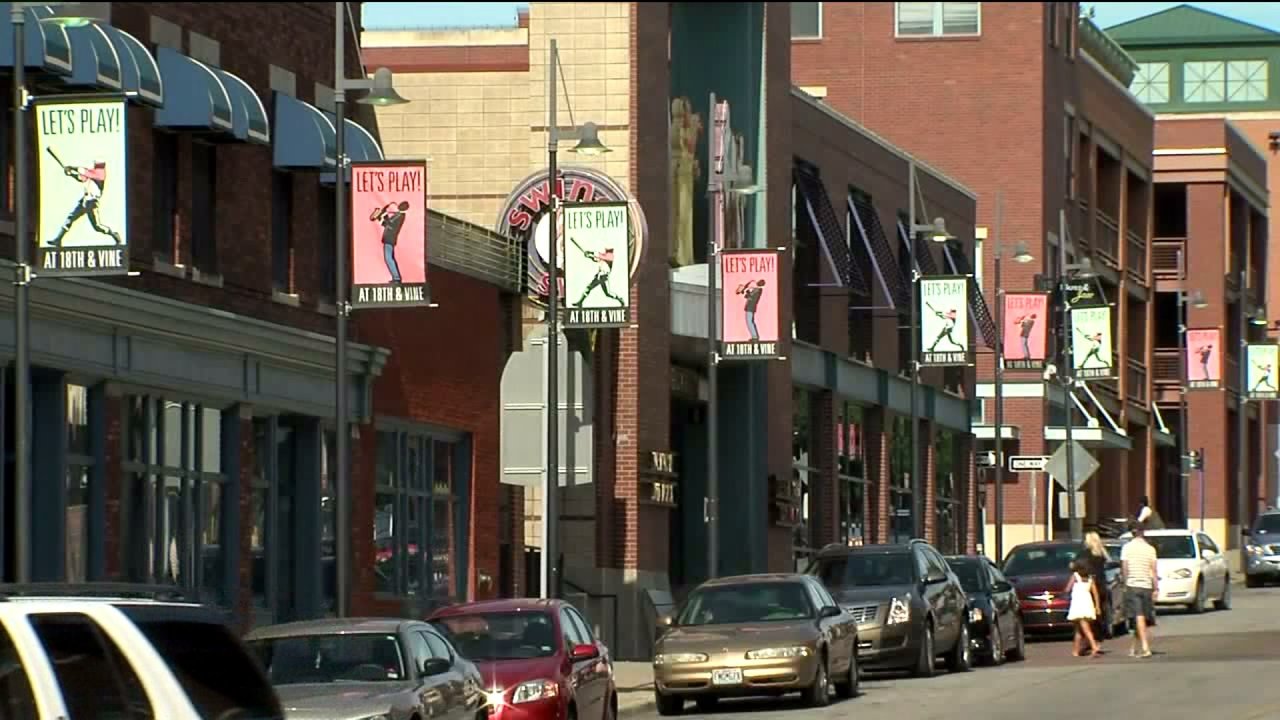 KANSAS CITY, Mo. — The 18th & Vine District is one of Kansas City’s most historic neighborhoods. It’s home to The Negro Leagues Baseball Museum, The Gem Theater, and The American Jazz Museum. Countless jazz legends have played clubs in the district.

It’s also been home to blight, struggle and crime.

Now, a $6 million plan could change the area and make it safer.

Funding for the project was included in the INVEST in America Act introduced by the House Transportation and Infrastructure Committee Monday.

The plan calls for East 18th St. to be closed to traffic from The Paseo to Highland Ave. It’s a two-block stretch that includes landmarks like The Negro Leagues Baseball Museum, The Gem Theater, jazz clubs and restaurants.

The city hopes to hold farmers markets, festivals, concerts and other events on the plaza.

People who live in the area say the plan would bring more people to the area, but also make the district safer by reducing speeding and dangerous driving.

The pedestrian plaza is one of five area projects included in the legislation. Also included are:

Overland Park Fire Department explains ‘past due’ letters some received

The Act also includes billions of dollars for highway improvements across the country, bridge repairs, and expansion and improvements to Amtrak and other rai’ services.

Congress must approved the act and then President Biden would need to sign it before funding is secured and work can begin on any of the projects.

In a since-deleted tweet responding to a question about a potential contract extension for Kansas City Chiefs safety Tyrann Mathieu, Mathieu tweeted that he's "probably not" going to get a new deal in … END_OF_DOCUMENT_TOKEN_TO_BE_REPLACED

KANSAS CITY, Mo. — A manhole left uncovered is the source of concern after a woman damaged her car in Kansas City. The single-car crash happened at 11th Street and Tracy Avenue during the busy … END_OF_DOCUMENT_TOKEN_TO_BE_REPLACED

Kansas City, Missouri's COVID-19 emergency order was set to expire at the end of the month. But Mayor Quinton Lucas made it clear Friday that private businesses can still set their own rules.Any … END_OF_DOCUMENT_TOKEN_TO_BE_REPLACED

KANSAS CITY, MO (KCTV/AP) — All restrictions meant to slow the spread of the coronavirus were being rescinded as of midday Friday in Kansas City, Missouri, following guidance from the U.S. Centers for … END_OF_DOCUMENT_TOKEN_TO_BE_REPLACED